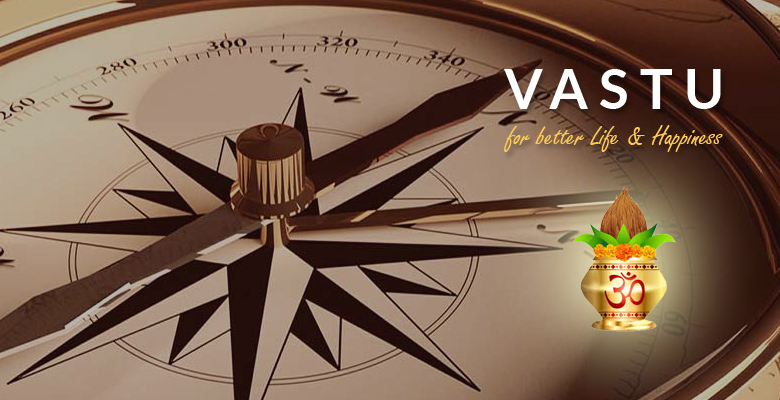 Vaastu, has also been one of the branch which has captured Nikhil’s Imagination and interest.

Since the concepts of this science are highly connected with the core area of Vedic astrology, hence to
grasp and pull the roots of this branch was a smooth sail learning for Nikhil.

Nikhil also administer a forum on Vastu (Vastu-The Divine Architecture) on Facebook, which has been the biggest on the subject on whole Facebook, supported by close to 14000 people worldwide which includes top Vastu Experts of the world.

Indeed, the recent article written by Nikhil on this subject captured many eyes.
VAASTU AND ASTROLOGY
We all know that when lord of first house goes into 8th or in 6th house, it’s bad. Similarly when lord of 4th house placed in 12th or 8th or 6th, it is not considered good, But have you ever thought that what’s the reason behind these conclusions (based on planetary placements)

In this article you will find the answers to most of your basic doubts w.r.t basic rules of Astrology, since I will be giving explanations w.r.t these doubts through Astrology.

Hence, here you will also learn how scientific ASTROLOGY is!

So just fasten your seat belts, to go for a ride, full of knowledge.

To start with, let me give you, few basic concepts of Vaastu, so that you can link it with astrology.

3 other directions are also possible which i will mention later.

According to our ancient scriptures; Nature is made up of 3 “gund” namely “satva”, “rajas” and “Tamas”

And we all have one prominent gund out of the above three in different proportion.

Souls which have “Tamas” in domination, ultimately goes in the “pashu yoni” or in the category of animals.

These are the general classification but billions of permutations and combinations are possible, Giving rise to 84 lakh yoni’s (Types of living beings) on earth itself.

You all must be thinking, how all this relates to Jyotish (Astrology) or Vaastu, so here is the answer is that, first learn the basics and then we will go in deep.

Directions between north and east have “satvic gund” which means northeast is purely satvic i.e.. 100%.

Directions between west and south have “Tamsik gund”

Now you all can easily relate why Jupiter is very good in “north east” that is in 2nd house as Jupiter is purely satvic, so as north east.

Venus being Rajsik is very good in 11th and 12th houses as these houses correspond to “south east” i.e. purely Rajsik. Similarly it can be applied to other planets too. Ok before exposing you to more concepts, let me first tell you some other basics.

We all know that Jupiter and mercury are Dig Bali (Direction wise strong0 in 1st house, moon in 4th, Saturn in 7th sun and mars in 10th.

The reason why the above planets are Dig Bali can be interpreted from the above concept.

Now why their placements are influencing us in the horoscope reading and how is Vaastu related to that.

We will come to that but before that, you must know that our ancient rishis have observed a very basic

But most important concept which can applied in Jyotish as well as in Vaastu.

See whatever is present in this universe is dependent on the “prand” or life giving energy. If we correctly know about this “prand” our life would become prosperous. Don’t take it in a literal sense.

This “prand” is classified as a mysterious energy which resides in all of us and has no relation with “five elements” i.e. “fire, water, matter, space and air”. Its feel can be developed with the help of “high level of meditation”

Indeed This prand is the only source of energy for 72000 arteries and veins in our body.

Here i am going to tell you “rarest” aspect of prand.

Since “prand” is sustained by energies from universe (consisting of all the planets), read this with rapt attention.

Its path is not straight.

“From north east it first goes to North West and then goes to south west.”

Just learn and meditate these concepts because now I am going to extract whole of Jyotish and Vaastu out of it.

We’ll come to above example after these few sentences.

Now since “prand” enters from the north east (purely SATVIC) corner of any house, we live in.

As per Vaastu, We say that there.

1) There should be open lawns/ garden in the north east.

2) There should be water bodies/swimming pools in north east.

4) Any kind of obstruction like wall, tall trees etc should NOT be there in the north east.

5) Main door should be in the north east.

6) There should NOT be any gutter, toilet, septic tank or thick walls in the north east.

So all the above parameters becomes very scientific from the angle of Vaastu!

NOW what about Jyotish…???

Now coming to the example of Scorpio lagan.

If lord of 2nd house i.e.  Jupiter, who represents north east for this particular lagan is placed in 8th house (that is in Mithun (Gemini) rashi) I.e. south west direction which is purely Tamsik direction, then the result would not be auspicious as north east direction will develop a fault.

As the planet representing the satvic direction is placed in Tamsik south west direction.

See, we receive all the fresh (air, sun light) from the north east direction, hence all the life giving energy comes enters first from north east. This is by default, because of the spin of earth on its axis and rotation of earth around the sun. Sun moves from east to west following the route (lagan, 12th house, 11th, 10th, 9th, 8th and then 7th house) As a result, Native having the above condition in his chart would not have adequate opening in the north east direction or in case of more Ashubh prabhav (malefic influence) on 2nd house, There would be presence of toilet in north east.

Through astrology, we immediately say that lord of 2nd house in 8th will lead to some inauspicious effect similarly take an example of cancer lagan.

And both of them are satvic as a result from Jyotish perspective we say its very auspicious.

Now why it is auspicious???? Its answer lies in Vaastu.

Simple, since north east direction from where “prand” enters our house and then in our body is having no fault Because of the presence of auspicious sun and moon there, As a result, The native will have adequate opening in east and north east direction of his house hence will continuously get fresh air and as soon as fresh air goes inside our body it becomes “prand” which then has no relation with “five elements”

Here I must repeat, what i have said earlier.

North east, from where fresh air enters. This fresh air has two kind of energies in it.

Take one more example, for Tula lagan (Libra) if Satun is placed in 2nd house with Rahu.

Sun in 8th house with ketu, now in this case both south west and north east direction have developed fault.

What will be the scenario in this case…??? The native will have toilet or septic tanks in north east or will have thick walls with no opening in north east as well as since south west has also developed fault because of the placement of sun in it. This corner will have openings, or would be separated from the rest of the house.

Always remember that any decrease in the strength of sun and mars will lead to a fault in south direction.

(No thick walls or lot of openings)

Any decrease in the strength of Jupiter will lead to fault in north east.

Any decrease in the strength of Saturn will lead to fault in west.

Any decrease in the strength of moon will lead to fault in north.

Any decrease in the strength of mercury will lead to fault in east.

Many more exceptions are also possible, which will satisfy both Vaastu and Jyotish.

I will explain how;

Now since Saturn is in east (that is in lagan) so a fault will exist in east.

(From the point of view of astrology we will say, decline in the auspicious qualities of lagan) why??

Saturn is dig Bali in 7th house (in lagan it has no disha BAL, hence inauspicious, secondly Saturn being Tamsik grah in satvic direction is again inauspicious, many more reasons are possible)

So here entry should be from west or south, similarly logic can be applied, 3rd house has Rahu and Saturn, and mars are aspecting 3rd house, so a major fault in “north east” that is “ishanya” kond.